How do you do that Hulu that you do so well

Hulu Plus coming to 3DS and Wii, handheld getting 3D video capture

I don't know why but this whole 3D shtick makes me uneasy. Am I the only one who notices that images dont really look three dementional! They just look super imposed on a background like Paper Mario. And thats just if they work. I saw Tron: Legacy in 3D, I never even noticed if it was 3D or not, and the fucking glasses gave me a headache. Plus Im sure weve all heard about the Nintendo 3DS and how if you play it too long you go blind and gay or something. This is not progress!

I feel like I'm in the fucking 90s and it's “Virtual Reality” all of again. Remember that crap. It was supposed to be the next big thing, but turns out the technology doesnt exist and every pale attempt either doesn't work or is total bullshit. I you learned a lesson from the Virtual Boy, Nintendo. Tisk Tisk.

Anyway, Hulu Plus on your 3DS, wonderful. Too bad you have to pay for it! I can watch Hulu for free on my computer, and I can watch that way longer than the 3DS before I get a headache.

This whole 3DS just seems like a bad idea that no one informed its creators about. It just seems like a supped up DS with a lame gimmick that everyone hates. I really hope they just scrap this 3D idea altogether. Admit defeat, and go back to working on touch screen stuff. I have a feeling the Playstation Vita is going to come on the scene like rock star and just curb stomp Nintendo's profits. Than maybe everyone will see I was right, which is all I care about.

Anyhow, the Wii getting Hulu I like a bit more. Our lil Double-Gamecube looks to be going the way of its bigger, fatter brothers by becoming a mass entertainment console. I can dig it. Pretty soon we wont need to pay for cable anymore, cause we will have all the TV we want to see on our game bricks. And no commercials!!! (well, less commercials)

After all Ive pissed on 3D in my rant do I really need to talk about the 3D video capture. I have personally never seen one good god damn application of 3D. Will they please stopped trying to convince us otherwise! I dont wanna pay 55 bucs for a pair of stupid looking nerd glasses.

Than again, there may come a day when Im shown I was wrong. I would certainly love for 3D to become as awesome as we hoped VR would have been. Maybe we're finally ready... or not. Whatever. 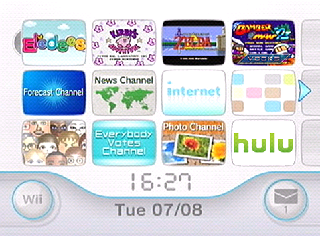 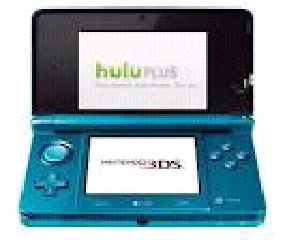