Leaked Docs! Reveal to us the Xbox 720

Very exciting stuff slipping through the cracks. Its only a matter of time now. I'm very interested in seeing how Kinect 2 turns out. The original was rushed technology to compete with the Nintendo Wii, but then it turned out to be surprisingly innovative. Now that the Redmond boys have had some time to study and improve their little gimmick, we could see some really cool stuff, perhaps they can finally live up to that promise of Virtual Reality we got back in the 90s. Fingers crossed.

Oh man, I cant wait. Despite the fact that EA removed the single-player aspects of the game that made it look like a true SC4 heir in the first place, I'm still looking forward to this sooooo much.

For me to play my MP3s or stream music (Pandora, Slacker Radio, etc.) in my car, I use a small Chinese-built FM radio transmitter that plugs in my phone's audio jack and sends my phat beats to an unused frequency on my dashboard radio.

It works fine, but its a lot of cables and stuff. Plus the transmitter is hella weak, it's gotta sit right on top of the stereo to hear anything but static (it was only like $3).

What I need is a smarphone, or just an app, that takes out the middle man, and lets me transmit via FM frequency directly to the car's stereo.

PROS: Good for us people with high-tech phones but low-tech cars. Good for hands-free calling too.

Windows 8 is starting to look more like something more than a simple sequel to the respectably mediocre 7. According to the buzz we've heard repeated over and over again, Windows 8 is going to unite all the various fronts of the Windows platform, creating one giant OS that can expand and contract to any form factor, and allowing developers to make their software more easily portable from Desktop to Smartphone and back.

Currently, Windows 8 for desktops and Windows Phone 8 are the two converging areas, seeing more synchronization betwix the two, synching up various web services to integrate with each other in one way or another.

The missing link in this extreme weight loss/gain scheme is Windows RT  platform appearing on the new Windows tablet wave. This Windows Tablet is being ushered in on the brand new Microsoft Surface for Windows tablets, which I must say is a very classy product produced by those smooth operators at Redmond. It's a wholly unique tablet, a perfect blend of mobility and performance, held together by sexy innovation. Much like the Nokia Lumia 800 was, despite performance set-backs was a rose among daisies. Windows is sailing on some incredible flagship designs. Surface comes in two orientations, which are pretty much separate platforms, Windows RT for power-tablet performance, and it's butch partner Windows 8 Pro, which is closer to an ultrabook that crossdresses as a tablet, showing again the flexibility of the Windows 8 plural marriage.

Microsoft reveals its own Windows 8 tablet: meet the new Surface for Windows RT 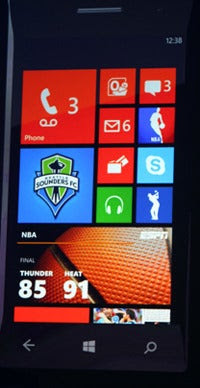 What role will Xbox play? No one's sure. However, it's clear that Microsoft is heavily investing in the future of Xbox, as not just the money-printing game console, but as Microsoft's possible entrance into the Smart TV OS race of "10-foot" interface with the next generation of Kinect promising control of your entire entertainment set up, from television to Netflix to Skype to gaming, with a flick of the wrist. Kinect is an interesting technological mutation, originally braned as a gimmicky rip off of the Nintendo Wii's motion controls, it quickly proved so damned above and beyond it's counterpart that it had applications in healing sickness! Yes, it's helping surgeons make more precise surgeries! Yes, a gaming toy! Yea punk! The project for the third Xbox console, being referred to in the press as Xbox 720 (stupid stupid name), is set to appear before you know it.

With a robust software catalog on Digital Download, and a growing cloud infrastructure built on the Skydrive storage cloud being absorbed into the Windows Live network, Windows 8 is quite possibly the first real step toward a genuine boost in technological innovation in a long time, perhaps all the way back to Microsoft's last great miracle, Windows 95, which you gotta admit has set the bar for most OS interfaces since it literally conquered the market.

Perhaps I'm overstating the facts, this is Microsoft after all, not living up to the hype has been their encore for many years. However, this is Microsoft, default computing, the company whose most important product is on the near total majority of home computers. If Microsoft's goal is to push your phone, tablet, and gaming console requirements to be as complimentary to your computer as possible, which is a common trend in the industry these days, is it unreasonable to suggest that Microsoft may have the advantage?
No comments:

Tonight Redmond reveals what is Xbox Surface. While this name may mean nothing to the average laymen, for us techlightened individuals it means so much more. It is a name that will live in infamy for a at least a couple weeks, and in the tech industry that's a lot.

Microsoft Surface was a badass tech innovation by Big M about a touch-screen table top that could interface with more than just your dirty fingertips. It could apparently understand what object was being placed on top of it, meaning it could tell you put down a cup of coffee and... I don't know, I guess it could tell you its coffee, whatever, its still cool. It could also sync up with an electronic devise for wireless sync, mobile payments, streaming whatevers, and that's the part that sounded really interesting. I've only ever seen it in trailers, but you can easily recognize it in many many films, its that table top that the main characters gather around and look at photos and documents and stuff. Its totally real. The only movie I can think of at the moment is the remake of the The Day the Earth Stood Still.

So with that in mind we can conjure up a whole bunch of neat apparitions of what this new device could be. An Xbox super-tablet controller with Kinect gesture navigation and Zune wireless sync running Windows 8 and fabulous Metro. Oh the possibilities. Dazzle me, Mr. Balmer!
2 comments:

Crisis on Infinite Internets: Part 1 - "The Death of Sopa-Man"

Introducing 'Follow The Saga': the whole story, regardless of where you jump in

For those of you who haven't been following the SOPA crisis, here is a link to an excellent article on Engadget that highlights all the crazy twists and turns that turned this simple legislative act into a declaration of war against the internet. A war that saw the long prophecized invasion of the by the Entertainment Giants, the fracturing of the Technology Community and it's decent into Civil War, former rivals like Microsoft, Google, and Facebook finding themselves fighting side by side on the front lines, the unlikely rise of Wikipedia as the wizened leader of the rebellion against tyranny, the corporate-backed razing of MegaUpload as the first blood drawn, the ideological rise of the digital black bloc known as Anonymous and their path of destruction across the government and corporate cyberspace, and lest we forget, The BlackOut, aka "The Day the Internet Said Fuck You."

And prolly a bunch of other stuff happened too. Read it and support a free and uncensored internet!

Amazon rumored to be buying RIM, Samsung says no

Amazon might buy RIM? What a move that would be for those warrior women. Amazon has real stepped its game up in the last year, starting with its groundbreaking work with "The Cloud", it's iPad-baiting Kindle Fire, and some rumored smartphones that are supposed to be introduced soon. And they did it all so stealthily. Expect the net tycoons to make they're move to big time tech-makers in the years to come.